Cultural competence and sensitivity to the needs of diverse clients are an essential part of being an effective and successful professional.

My father-in-law recently underwent surgery to remove a kidney stone. It happened at a big hospital in New York City which, I understand, has an excellent urology department. As a first-generation immigrant from Shanghai, my father-in-law speaks limited English. After the surgery, while he was still slightly groggy from the anesthesia, a surgical resident who spoke some Chinese told him, without an interpreter, that the surgery went well and that 90% of the stone had been removed. A week later, my husband found out from the surgeon who actually performed the surgery that the stone was still there in its entirety and had not been removed, and my father-in-law needed a second surgery. My father-in-law went from thinking that the stone had been mostly removed, and the surgery successful – to being told that the surgery had not resulted in removal of the stone at all, and that he needed another surgery.

This was in spite of our being convinced, after learning the full story, that my father-in-law’s surgeon was an excellent surgeon and had made the best medical decisions under the circumstances during the surgery.  So how did the lines of communication get so crossed?

There is an unspoken and unreasonable tendency to assume that professional services – such as getting your kidney stone removed, or negotiating a divorce – are somehow divorced from real life. We assume that the professional only needs to be someone who knows how to do their job – and that their cultural background, their “bedside manner,” their manner of relating to me and communicating with me as a human being, is irrelevant or not as important. This is a grossly inaccurate assumption – as much in the operating theater, as in the legal field. Cultural competence and sensitivity to the needs of diverse clients are an essential part of being an effective and successful professional.

History, religion, attitudes towards gender roles, norms about the purpose and role of the family, and the importance of individual happiness versus the collective good of a society, are all many-colored threads that run through a marriage
– and tangle, when a marriage is broken up.

This is even more the case in the context of family law, where cultural competence may be crucial to a divorce practitioner’s ability to fully understand and advise a divorcing couple, or one of the parties to a divorce. No one can deny that every culture approaches marriage and family in very different ways. Even just looking at the wedding ceremony itself, this is abundantly clear. History, religion, attitudes towards men’s and women’s roles, norms about the purpose and role of the family, and the importance of individual happiness versus the collective good of a society, are all many-colored threads that run through a marriage – and tangle, when a marriage is broken up. Nobody is looking for divorce and nobody expects it to be pretty.

Especially when a couple seeking a divorce comes from a culture that holds marriage and family in high regard, it should be approached delicately. It’s a situation that calls for sensitivity, and cultural and ideological literacy.  This is why we need more diverse family law practitioners.

The importance of cultural understanding: Couples from diverse backgrounds need diverse family law mediators or attorneys, who may be better equipped to understand the cultural nuances operating between a divorcing couple if they share that cultural or ideological background. There may be unique stigmas faced by a divorcing couple from a specific cultural background: shame and ostracization; heightened incentives for privacy; and potentially many more players involved in the decision-making process than just the two parties.

Parties should not shortchange themselves nor discount the importance of having a mediator or attorney who understands the interplay of these many factors. Having just one culturally-sensitive collaborative attorney on a collaborative team for a divorcing couple could mean that the team as a whole – both attorneys, and the coach, and any other neutrals – approach a couple from a different cultural background with much more insight and sensitivity, too.

The importance of feeling understood:  We need diverse practitioners all the more in out-of-court processes such as collaborative law and mediation, where the parties to a dispute retain control of the decision-making process from beginning to end, and are not giving it up into the hands of a judge as they would in litigation. When so much elbow grease is required outside of the courtroom and from the parties themselves, a culturally-sensitive or literate mediator could mean the difference between settling a case and getting stuck at an impasse that exists because of some unspoken and ingrained cultural or ideological value that one or both of the parties subscribes to, but is unable to or does not ever think to share.  It could also mean the difference between a party feeling comfortable enough to trust and build rapport with the practitioner(s), an element that is key to effective dispute resolution.

Diversity strengthens the professions as a whole: Couples from all backgrounds can benefit from help from diverse family law practitioners. In out-of-court processes in particular, a diverse practitioner’s varied experiences and competency at adaptation, flexibility, and thinking outside the box (because they have been forced to, coming from a non-mainstream culture) can be invaluable to crafting out-of-the-box solutions to problems that might seem insurmountable when approached from a more traditional perspective.

In many ways our country has been taking a long, hard look at ourselves, and reevaluating whether it is really true that as a nation we hold certain truths to be self-evident – about race, race relations, cultural diversity, and the value and place of women in society, for example.

In many ways our country has been taking a long, hard look at ourselves, and reevaluating whether it is really true that as a nation we hold certain truths to be self-evident – about race, race relations, cultural diversity, and the value and place of women in society, for example. Our choices reflect and test who we really are. We should walk the talk – and show by who we foster and mentor among our colleagues, and by who we seek to hire to help us with our problems – that we really believe diversity matters. For my Shanghainese father-in-law who deserves to know what happened in his two-hour surgery – and for all of us. 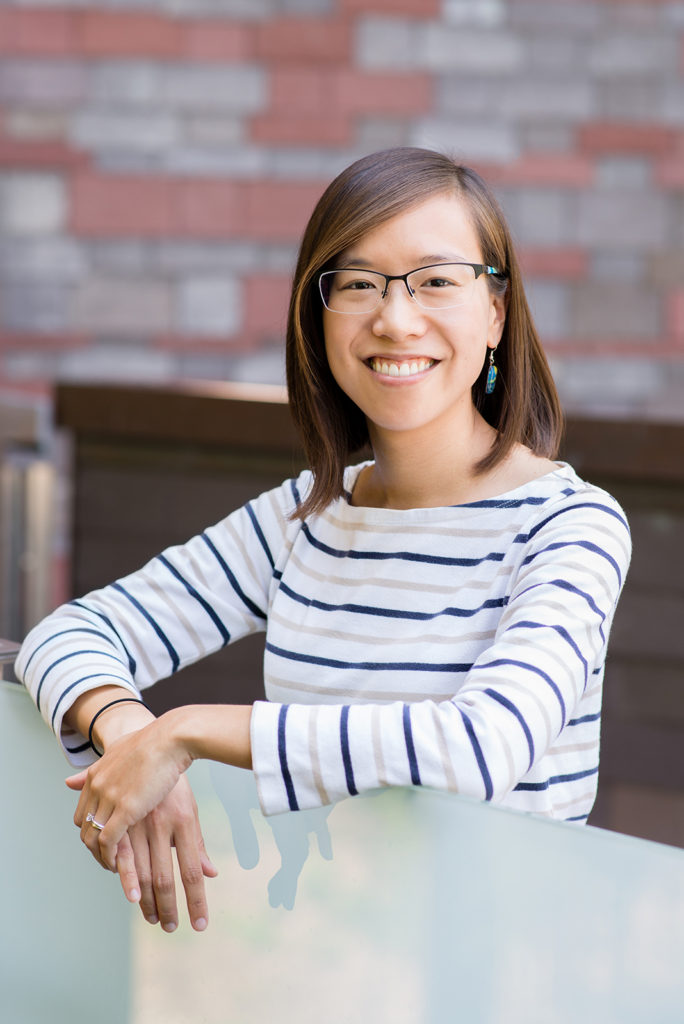 Valerie Qian has been an Associate at Skylark Law & Mediation, PC since February 2013.  Valerie was born in Wisconsin, grew up in Hong Kong, and has also lived in Shanghai, the United Kingdom, and Boston. She speaks semi-unembarrassing Spanish, Mandarin, and Cantonese. Valerie's practice focuses on divorce mediation, collaborative divorce, paternity, and modification, and she also represents youth, incarcerated and in the community, in the Middlesex Juvenile Court and the Massachusetts Department of Youth Services.

Originally published on the Skylark Blog